I’m a HUGE Jackie Robinson fan. After Jesus Christ, he is the person I most admire.

I’ve been posting almost hourly over on my Facebook page. You can click on the link on the right and see what all I’ve put up.

Here’s one essay I linked to, which I wrote a few years ago for my old blog. Joe Black tells how Jackie changed his entire life.

Tomorrow I’ll put up a post with links to everything I did today about Jackie. But you can head on over and see some of them now. 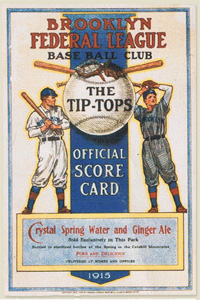 I love baseball history and I enjoy writing short bits about it. I frequently write a ‘This Day in Baseball History’ post at my Facebook page.  I thought this one was worth posting here on my blog. It ties in my second-favorite player of all time towards the end.

In 1913, the newly formed Federal League began play as a baseball minor league. In 1914, it became the third major league, throwing (for the time) big money at current National and American League players to entice them to switch teams. Several, including a few Hall of Famers, did. In January of 1915, the Federals filed an antitrust lawsuit against the other two major leagues.

The federal judge assigned stalled the case until the Federal League signed an agreement with the other two leagues, dropped the suit and folded. The owners of the Baltimore Terrapins were the only team to object to the agreement. They would then file their own suit, leading to the famous Supreme Court ruling that baseball was not interstate commerce and therefore not subject to anti-trust laws (what a joke!).

Kennesaw Mountain Landis was the federal judge who oversaw that first lawsuit and kept it from progressing – to the great benefit of the Major League Baseball. Then, after the famous Black Sox Scandal of 1919, the baseball owners begged Landis to become the first Commissioner, in an attempt to restore the public image of the National Pastime. 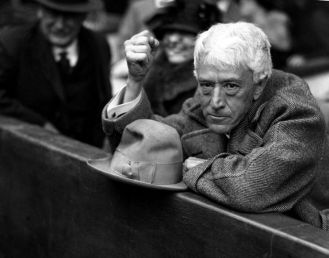 He accepted, receiving a lifetime appointment and total authority. Later, the owners would regret creating this Frankenstein, but they were desperate in 1920. He was a supporter of the reserve clause and had no mercy on players suspected of gambling. While the owners certainly played a large part, Landis enforced segregation in the game. His successor, former US Senator Albert ‘Happy’ Chandler, supported Jackie Robinson’s signing.

END_OF_DOCUMENT_TOKEN_TO_BE_REPLACED

So, this coming Monday (May 4) over at Black Gate, I’m starting a three part series on Granada’s The Adventures of Sherlock Holmes. Should be fun.

This week’s The Public Life of Sherlock Holmes post was about Richard Diamond, Private Detective. I’m a fan of old time radio shows and that’s one of my favorites, starring Dick Powell. I plan on writing several more OTR-related posts. Johnny Dollar is surely on the way!

I think Robert E. Howard was a fanastic writer and I’ve got quite a Conan collection. On April 20th, I reviewed Harry Turtledove’s Conan of Venarium.

The week before that, The Public Life of Sherlock Holmes looked at four animated Holmes films voiced by Peter O’Toole. I like them!

And to kick off April, I shared some thoughts on what Sherlock Holmes story might be the best to read first.

Back in January, I posted about Terry Pratchett’s Cohen the Barbarian. I am crazy about Pratchett’s Discworld books. Sadly, on March 12, Sir Terry succumbed to Alzheimer’s. I was already preparing a followup post. On March 30, I talked about his excellent City Watch books from the Discworld series.

Every spring, my reading attention turns to baseball: mostly, Dodgers-related books. This year was no exception (along with another viewing of 42, the Jackie Robinson story. I’ve got a review of The Last Good Season up over at my old blog.

Over at my other blog, Walking Through The Valley, I’ve got a couple more baseball posts for Throwback Thursdays.

Last week, I looked at Ducky Medwick’s beaning – an even that derailed a Hall of Famer’s career.

This week, I delve into the story behind “Spahn and Sain and pray for rain.” It’s a nice little look at the 1948 Boston Braves. No, not Atlanta. Not even Milwaukee. Yes, Boston.

Head on over and take a look.

Head on over to my other blog for one of those little stories that make baseball the great game that it is. 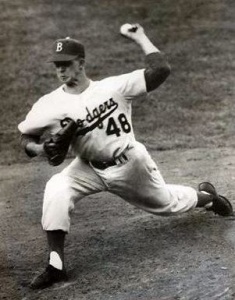 With Don Zimmer passing away, my love of baseball history moves over to AlmostHolmes. Click here and read a short piece I wrote on a man who spent his entire adult life working in the sport he loved.

Since this is a Holmes/writing related blog, my baseball posts are over at my old blog, Walking Through the Valley.

But I love baseball history (more than I like most of the self-centered athletes playing the game today) and I like writing about little bits of it. Jackie Robinson is my idol and Eddie Stanky played a role in his rookie season. Coupled with the memorable letter his mom wrote him as a rookie, I thought I’d share a link to my post about Stanky. 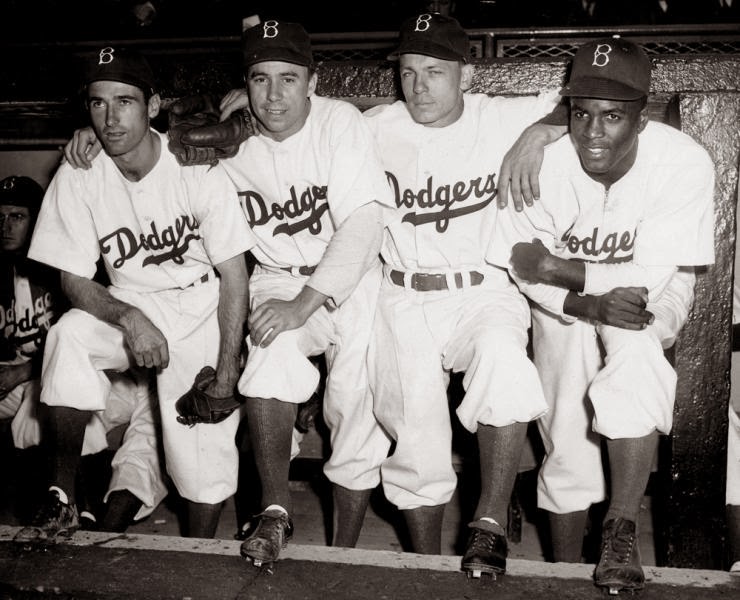