Dirk Gently’s Holistic Detective Agency, from the late Douglas Adams, is one of my favorite private eye novels. I also like its follow-up, the brilliantly titled, The Long Dark Tea-Time of the Soul. I’m not as fond of The Salmon of Doubt, an uncompleted manuscript that was finished after his death.

But there’s no doubt that Gently, a bit of a scam artist, who believes in the fundamental interconnectedness of everything, is a great read.

Back in 2014, I wrote a The Public Life of Sherlock Holmes‘ post about the books over at BlackGate.com. 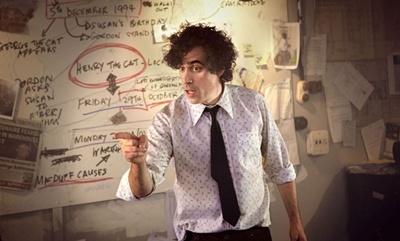 This week, I took a look at the four episode Gently mini-series starring Stephen Magnon. The actor is currently starring as Arthur Conan Doyle in another miniseries, Houdini and Doyle. I thought that it was a fun watch.

Head on over and check it out. And if you missed my first post (what???), give it a read. I think it’s pretty good. And of course, if you’ve not read Adams’ books, go get the first one and get going!