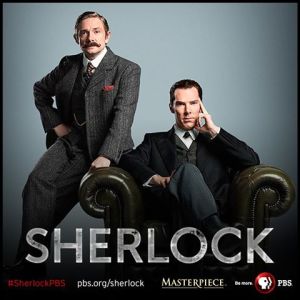 As I expected, this week’s Black Gate post for The Public Life of Sherlock Holmes generated a few comments. BBC’s Sherlock was one of my all-time favorite shows after the first and second seasons. And it plummeted off the list after season three. Dreck.

So, I talk about Sherlock and what I think went wrong in season three to divide what had been a pretty happy fan base. Here is a link to the full post and you can read an excerpt below.

Now, it’s certainly possible that I’m clueless (and I do LOVE Without a Clue), but I don’t think I’ve got the following all wrong regarding BBC’s Sherlock.

Except for the grumpy old man contingent (‘Get Sherlock out of modern day!’), fans of Holmes, including scholarly geeks like me who make their own newsletter, overwhelmingly liked this new show and the three episode season one.

I don’t know too many Holmes fans (other than GOM group: see above) who disliked this show. Even those who were moderately approving seemed pleased and intrigued with it and willing to tune in for another season. 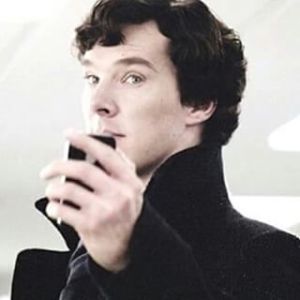 This picture makes sense if you read the actual post…

So, season two came along, and more huzzahs and approval. I don’t remember Holmes friends of mine thinking it was going south. I certainly didn’t: I thought the first two seasons were brilliant and fun updatings of the great detective. I found cool references to Doyle’s tales all over the place.

Once again, no comments that it jumped the shark. Folks were absolutely looking forward to seeing how Holmes survived his Reichenbach Fall. It was one of my five all time favorite tv shows and probably battling Justified for number one.

And then season three (finally) arrived. Hoo-boy. Not only did I see, I observed. And for the first time, I saw and observed a notable amount of unhappiness with the show. And with the second episode, it was certain that a shift had occurred among the fan base. It continued through the third (season finale) episode…

Definitely one of the more current topic posts over at The Public Life.

1 thought on “PLoSH – What Happened to BBC’s Sherlock in Season Three?”